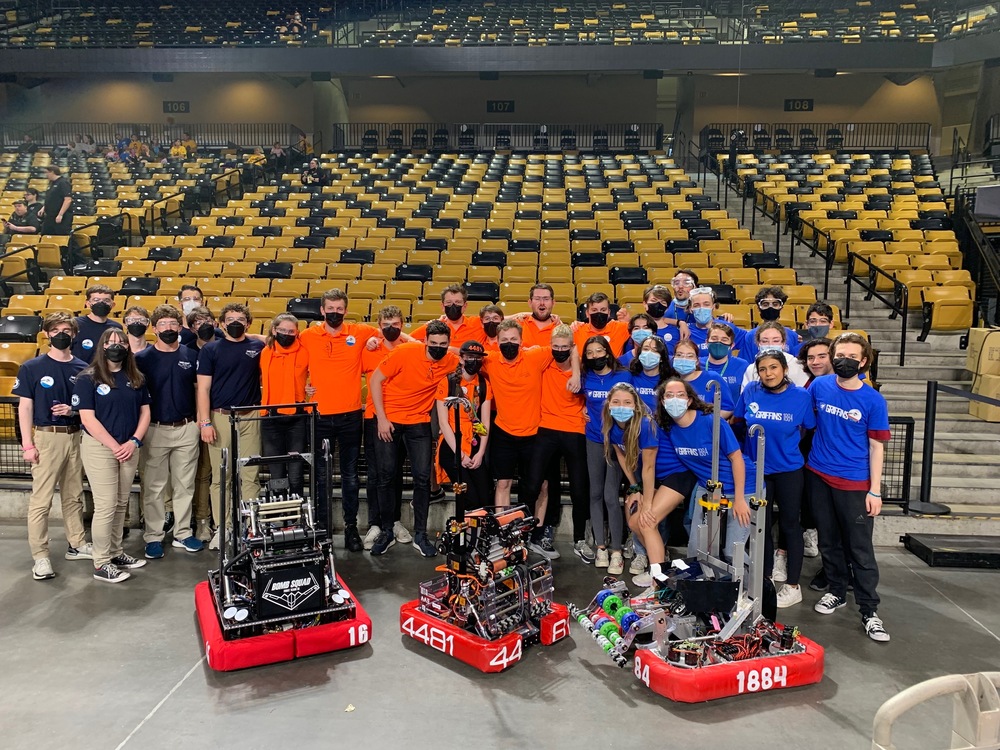 Bomb Squad, the MHHS Robotics Team, competed last week at the Orlando Regional at the University of Central Florida. The event consisted of 59 total teams from 4 different countries and 4 different states.

This was by far one of the biggest comebacks the team has made in our 26 years of competing in robotics.

During our first practice round, we had a very unfortunate malfunction with our climber. The climber bent and bound up to almost an unrepairable state. It took a lot of time, but we were able to recover and have a fully functioning climber, but it wasn't until after our second qualification match. Unfortunately we lost our first qualification match which put us at the bottom of the rankings. We were able to quickly recover and Raptor was able to showcase all of its designed features. During match 67, our alliance was able to set the high score of 104 points.  The team ended the qualification round with a record of 7-2 and ranked 4th.

During alliance selection we were selected by the 3rd ranked team 4481: Team Rembrandts from the Netherlands and was also joined by team 1884 The Griffins from the United Kingdom. Our international alliance went into the elimination tournament with a fierce determination as the 2nd seeded alliance. In the quarter finals we beat that high score of 104 and scored a total of 117 points. Then the Semi Finals occurred. We played against the 4th seeded alliance that consisted of our dear friends Breakaway from Searcy, Arkansas. The round went to 3 of 3 with Breakaway's alliance coming out on top. We had some malfunctions during those matches which prohibited our intake from bringing in cargo and from our robot being able to drive properly.

We will be competing again April 1-2nd at Harding University for the Arkansas Regional event. You can follow us along as we try to grab a World Championship invitation by following our social media: FRC Team 16.